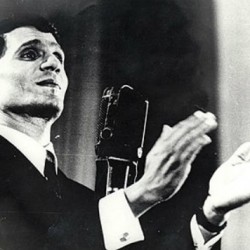 Abdelhalim Hafez's real name is Abdelhalim Shebana and he is among the greatest Arabic artists. Abdelhalim Hafez was born the 21st June 1929. He was orphaned as a child and spent his childhood in his uncle's house where he had schistosomiasis which caused his death about forty years later. Abdelhalim Hafez met the radio presenter Hafedh Abdelwahab who gave him his name "Hafedh" instead of Shabana. Abdelhalim Hafez's songs were met with a large success eventhough his career was rather short; it was full of memorable works.