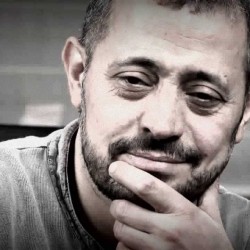 George Wassuf is a Syrian artist who was born in 23rd December 1961. His artitic career started at a very early age. George Wassouf had the chance to his songs composed by great artists like Wadii Safi and George Yezbak when he wasn't 16 yet. At the end of the year 2011 George Wassouf had a stroke that kept away from his art and fans for 3 years that he spent traveling to get the medical treatments he needs.