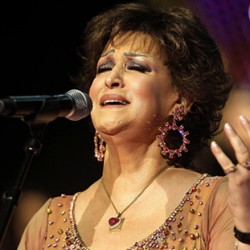 Warda Al Jazairia is an Algerian singer who was born on the 22nd July 1939 in France. Warda's real name is Warda Ftouqi; she was born to an Algerian father and a Lebanese mother. The beginning of Warda Al Jazairia's career was in France where was performed in her father's club, and was supervised by the Tunisian artist Sadaq Thraya. Warda moved then to Egypt where she was called to act in an Egyptian movie. Warda Al Jazairia was also asked by Jamel Abdennacer to take part in the singing of the national song "Watani Habibi".